Some Interesting Facts About Woodworking 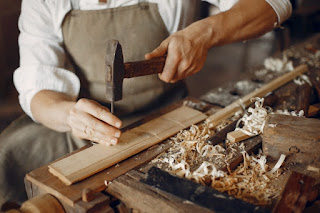 A business leader, Bill Schantz is the owner and CEO of Mid Atlantic Financial, LLC, a holding company for insurance companies, Harper Financial and Bedrock Financial. Outside of work, one of Bill Schantz’s favorite pastimes is woodworking.Woodworking has become exceedingly popular in America, especially among senior adults. It is pursued not only as a hobby but also because of the enormous health benefits woodworking offers. Here are some interesting facts about woodworking:1. The dowel is used by woodworkers to join pieces of wood together. However, in the 1950s a Swiss carpenter named Herman Steiner invented a joiner which was proven to be stronger than the dowel. His invention, called “biscuit joiner,” resembled a wooden disk that looked like a biscuit. The biscuit joiner is inserted into the slots made in the pieces of wood and joined together permanently using glue.2. A nun belonging to the United Society of Believers in Christ’s Second Appearing, more popularly known as Shakers, was credited for inventing the circular saw in 1813. Sister Tabitha Babbitt saw some men working in a nearby sawmill who struggled with ripping logs into lumber using a two-man pit saw. Sister Tabitha, who was then using a spinning wheel, incorporated the elements of the spinning wheel with a circular disc with sharp teeth in the perimeter.

3. Band saws were used in Britain as early as 1809. However, band saws during those times were not durable because the welds broke quickly. In 1846, a French woman named Anne Crepin solved the welding problems and since then, band saws became a practical tool for ripping logs into lumber.

Posted by Bill Schantz on Blogger at 8:20 PM No comments:

Email ThisBlogThis!Share to TwitterShare to FacebookShare to Pinterest
Labels: Woodworking

Close to 40 Percent of Americans are Unfamiliar with Life Settlements 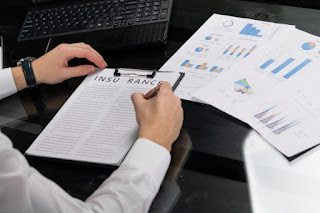 A business executive who is well-versed in life settlements, Bill Schantz founded Mid Atlantic Financial, LLC in 1998 to serve as the holding company for the multiple companies that are on the forefront of creating and managing products that are involved with insurance linked assets and longevity.

A recent survey conducted by Welcome Funds showed that 38 percent of older Americans were unfamiliar with life settlements. In that survey, over 200 policyholders who sold their life insurance policies through life settlement in 2019 stated that their original plan was to let the policy lapse, to cancel it, or surrender it until they learned of a life settlement as an alternative option.

According to the survey, there are other reasons why policyholders entered into life settlement transactions in 2019. Sixteen percent said their current financial situations pushed them to opt for liquidity. Seven percent said they sold their policies because their original purposes no longer exist. Three percent reported that they were burdened with healthcare and living expenses; while another 3 percent said the premium costs have become unaffordable for them.

In a life settlement transaction, the policyholder sells his or her life insurance to a third party in exchange for cash considerations, which are typically five to seven times higher than their cash surrender values. He or she can use the proceeds to pay off his or her living expenses, medical expenses, and other current obligations. The buyer, in turn, assumes all future premium payments and is entitled to receive all the death benefits upon the demise of the original policyholder.
Posted by Bill Schantz on Blogger at 9:54 PM No comments: 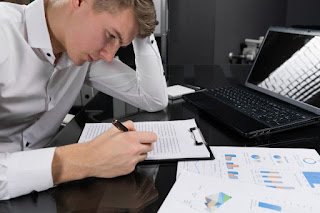 A resident of New Jersey and CEO and owner of Mid-Atlantic Financial, LLC, Bill Schantz has extensive experience in the insurance industry, having worked with a number of Fortune 500 companies. As the company head, Bill Schantz was involved with introducing life settlements to the capital markets.Life settlements have increasingly become an option for many seniors who are looking for ways to fund future expenses. Life settlement policyholders can, under certain circumstances, sell their insurance policy tax-free, but in the context of the current pandemic, this tactic for asset management has become an option for many in the mainstream.Outside of its tax benefits, life settlements can culminate in a person selling an unwanted insurance policy for up to three times its surrender value. Moreover, cash settlements can provide an immediate source of income, which prevents them from dipping into other invested accounts. Then, in the time of COVID, life settlements can help some seniors who have been forced to return to work because their portfolios have suffered from economic impacts.In both 2017 and 2018, the estate tax exemption was increased, making converting an unwanted policy into cash a better choice. The regulatory environment is such that consumers are provided protections where life settlement policies are concerned. Governing organizations in the insurance industry have established initiatives to make sure policyholders are informed, and most, if not all, states have established disclosure policies for these types of transactions.

Finally, insurance carriers have increased the cost of insurance because interest rates are low. To make up for this revenue, carriers have passed on the charge to customers. For this reason, many policyholders have chosen to sell their policies.

Posted by Bill Schantz on Blogger at 8:07 PM No comments: 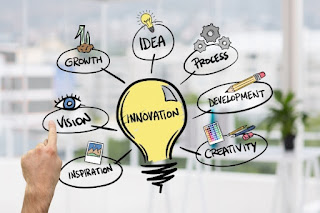 Bill Schantz, a New Jersey-based entrepreneur, owns and manages several companies under the umbrella of Mid Atlantic Financial, LLC. Possessing upwards of three decades of experience, he is a pioneer in new business development. Bill Schantz has always believed that business success is driven by good business concepts and ideas.Almost everyone has thought of a great business idea, but these ideas rarely become a reality. Often, the first step toward realizing an idea is to turn it into something more tangible. This may include writing the idea down on paper or making a short PowerPoint presentation. Either way, it helps prospective entrepreneurs solidify the specifics and commit themselves more to their business idea.Once prospective entrepreneurs are fully committed, they must begin by examining the market and making sure their idea could be as big as they think it is. They must consider the demand for their product or service, along with their target market and planned price for what they are selling. These basics give prospective entrepreneurs a clearer picture of their business while giving them the chance to refine their idea and concept.

Beyond this, prospective entrepreneurs must compile a financial plan and business model. During this process, there are several things entrepreneurs must ask themselves, including how customers will pay for the product or service, how their business will interact with customers, and who will be assisting with company activities. Further, the model must be tested and the business brand must be advertised and grown before launch.

Posted by Bill Schantz on Blogger at 2:55 AM No comments:

A celebrated insurance industry professional, Bill Schantz is the owner of Mid Atlantic Financial, LLC, in Maple Shade, New Jersey. Through the company, Bill Schantz oversees the operations of subsidiary companies dealing in various aspects of insurance, including life settlements, premium financing and private offerings that specialize in insurance linked assets. He oversees human resources, budgeting, forward planning, marketing, and regulatory compliance.Mr. Schantz has been able to grow his companies through innovative product development and top-level marketing. Before establishing Mid Atlantic Financial, LLC, over 22 years ago he was a district manager at Independent Order of Foresters, where he managed a district field force of 60 financial sales agents and was consistently ranked among the top 10 salesmen for over a decade in a company-wide field of about 3,000.A graduate of Villanova University, Bill Schantz is a member of the Life Settlement Association. Over his 22 years pioneering the life settlement industry he has given many presentations at industry forums and has developed multiple strategies using insurance linked assets. In a study of 9,000 policies that were the subject of a life settlement between 2001 and 2011, policy owners received more than four times the cash surrender amount through a life settlement. Aside from the obvious benefits for the policy holder, the study also found that the expected internal rate of return for investors are consistently and significantly higher than treasury yields. The life settlements asset is an example of ethically and socially responsible investing. This is truly a Win-Win-Win scenario.Mr. Schantz has recently celebrated his 40th wedding anniversary with his wife Phyllis. He is the proud father and grandfather of 5 children and 9 grandchildren.